It has been over five months since New York Times’ pivotal article of the blockchain scene in Puerto Rico. Several other news sources have reported on it and a half dozen blockchain conferences have happened so far this year. All of this has spurred investors and builders to relocate to the island, joining the thousands of existing entrepreneur and investment residents taking advantage of Act 20/22. No one knows exactly how many blockchain transplants have moved, but based on the numbers of people who raised their hands when asked “who here is relocating to Puerto Rico?” from the conference stages, based on the number of transplants participating in social channels and meetups, and based on what the transplants themselves are guessing, it looks like somewhere around 100. 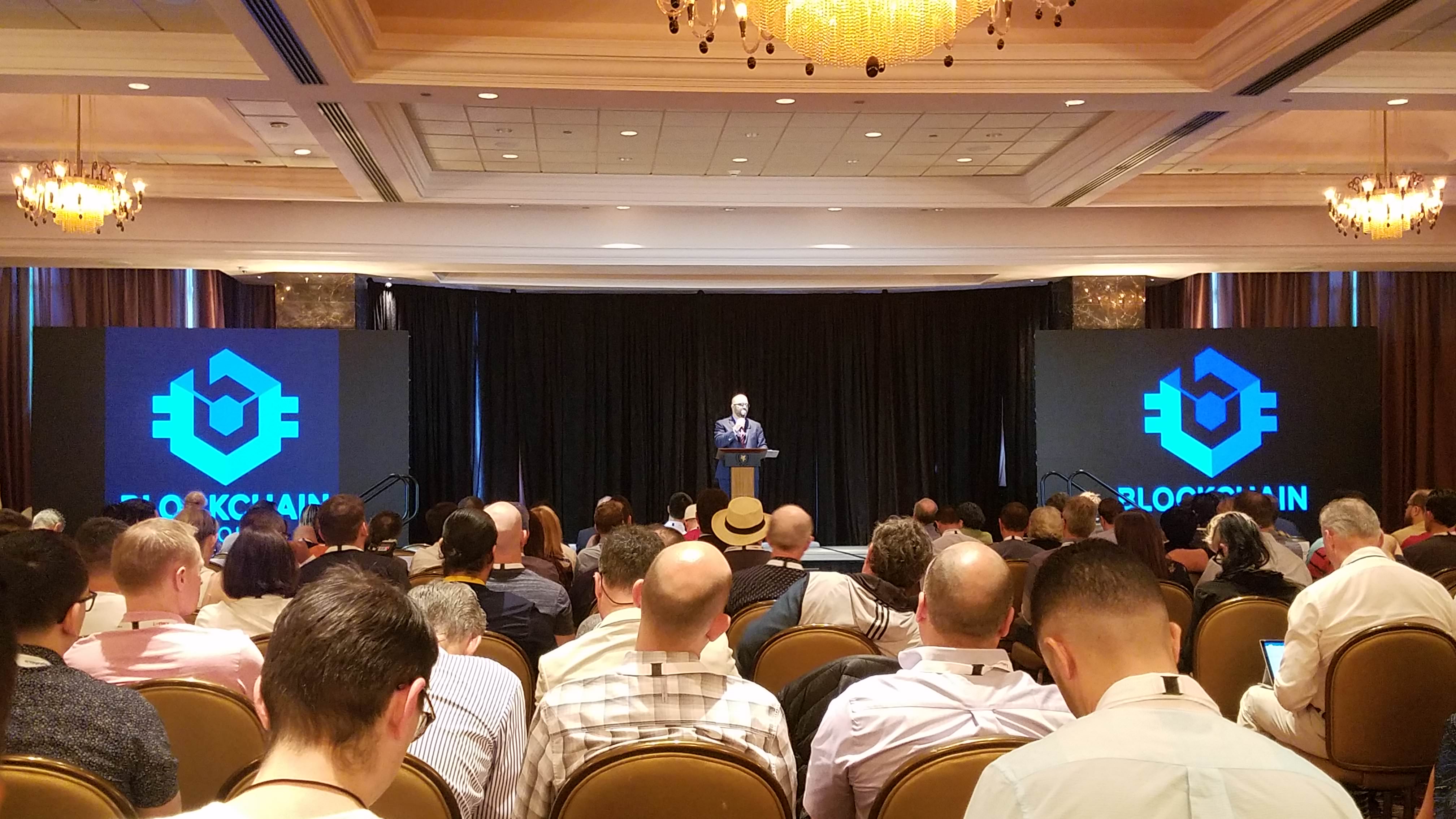 How is the scene growing and who are the people that are part of it?
How are they integrating into Puerto Rico and what is the movement doing for Puerto Ricans?


How the Survey Was Conducted

None of the survey questions produced more than 37 responses. So if there are 100 transplant blockchain investors and builders in Puerto Rico then with this sample size we can be 90% confident that the results have a 13% margin of error. That is not very precise but it’s a step up from guessing about the scene as we have been. Some of the results are so overwhelming, though, that despite the wide margin of error you can still learn powerful things about this defining, nascent stage of a potentially enduring movement. For this reason, I do not emphasize exact percentages below for most of the findings.


Ideological Underpinnings of the Scene

The most obvious finding is that the transplants in the Puerto Rico blockchain space are there primarily for the tax incentives. This is not unique to them, though, given that the Act 20 and 22 tax incentives attracted thousands of individuals before today’s blockchain scene. (The tax incentives were instituted to spur economic growth in Puerto Rico during the Obama presidency.) What is incredibly unique about this crowd is their ideological drivers. In the same vein of thinking that prompted Satoshi Nakamoto’s invention of Bitcoin - a response to tax-funded central bank bail outs and rigged monetary policy - this crowd is largely driven by a mission of creating a new era of prosperity (through free markets and sound money) and effective governance brought about by new technology, not government.

To contrast this with the American population at large, the Libertarian party’s highest recorded presidential vote turn out was in 2016 at over 3%. The Washington Post’s 2013 poll of libertarianism in the US revealed 22 percent of Americans “lean libertarian” (emphasis added). Despite the small survey sample, most of the 35 survey respondents that answered the question about their political ideology self-identify as either libertarian or anarcho-capitalist (which is the second-highest represented ideology). So this scene is being catalyzed by a transplant pool that is very different from the average American crowd. This is especially the case for the ones in the trenches - the builders: 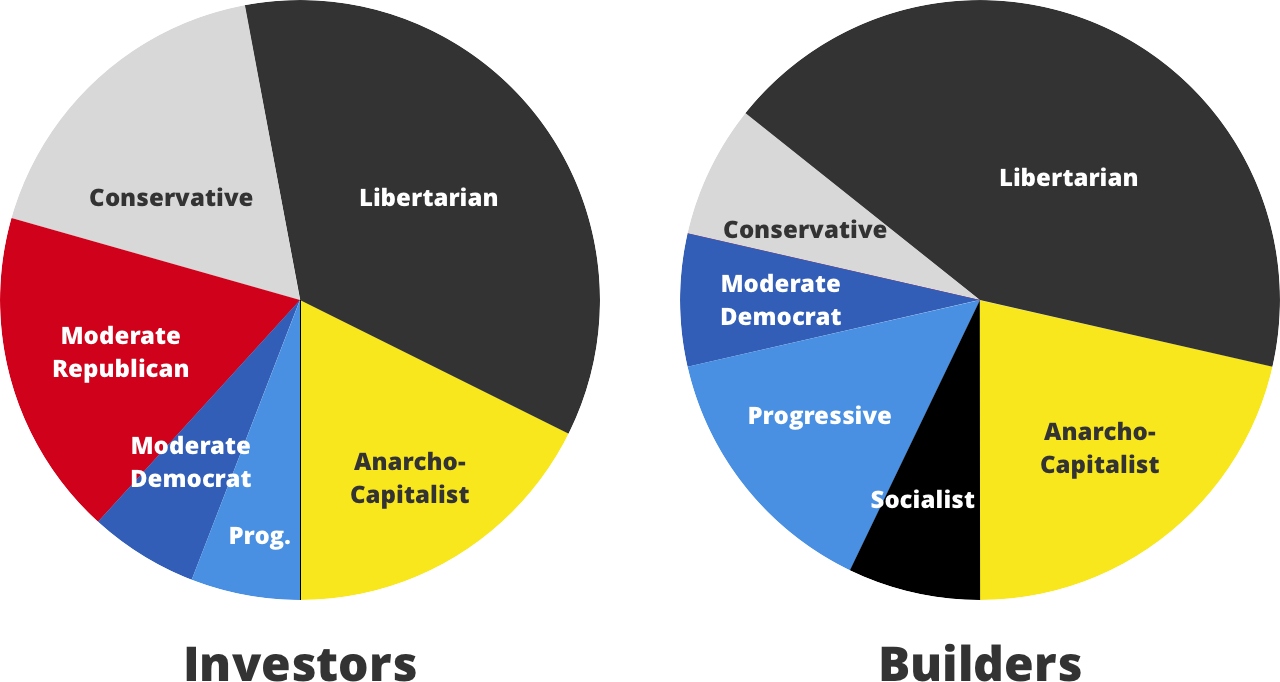 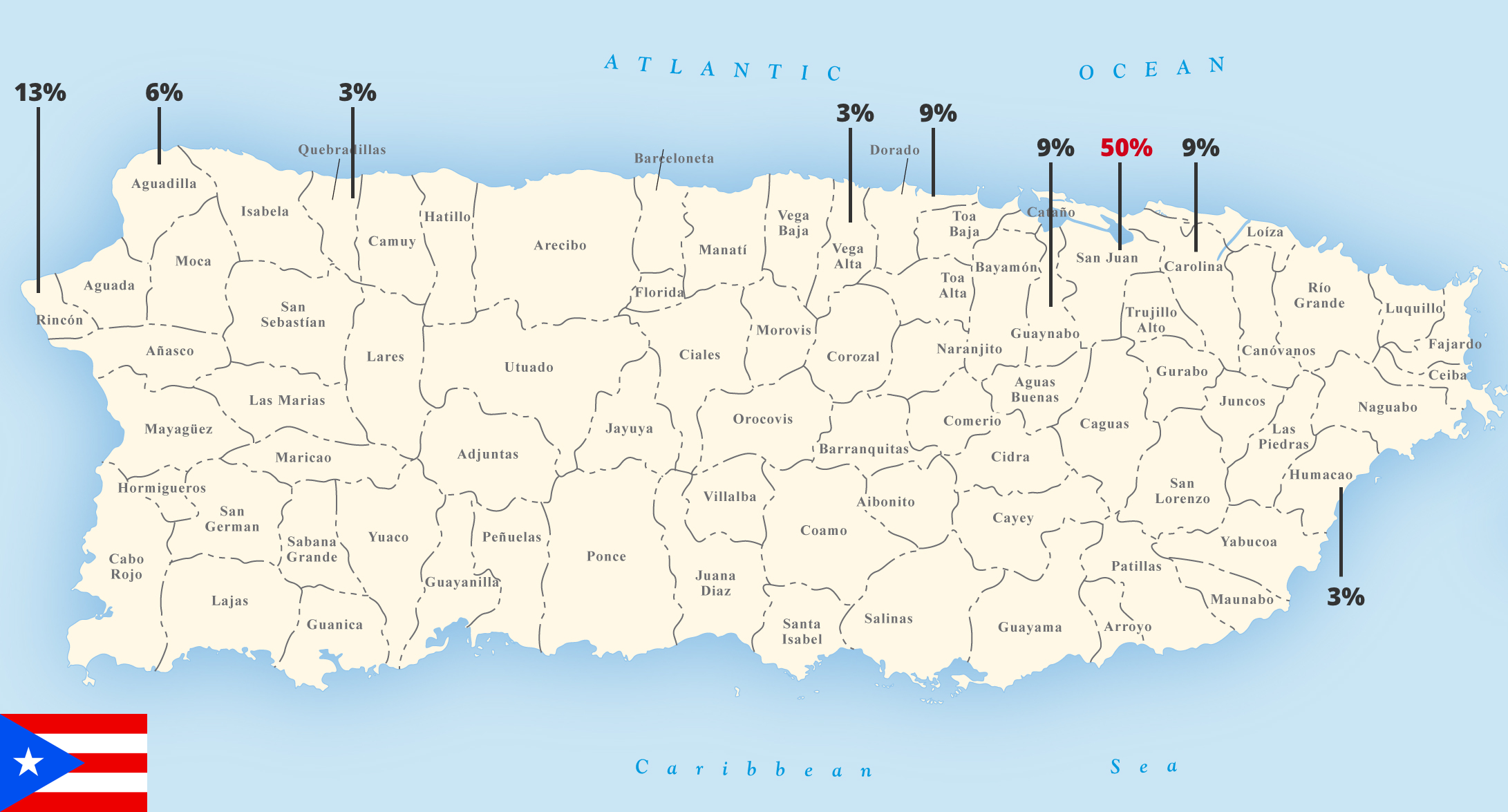 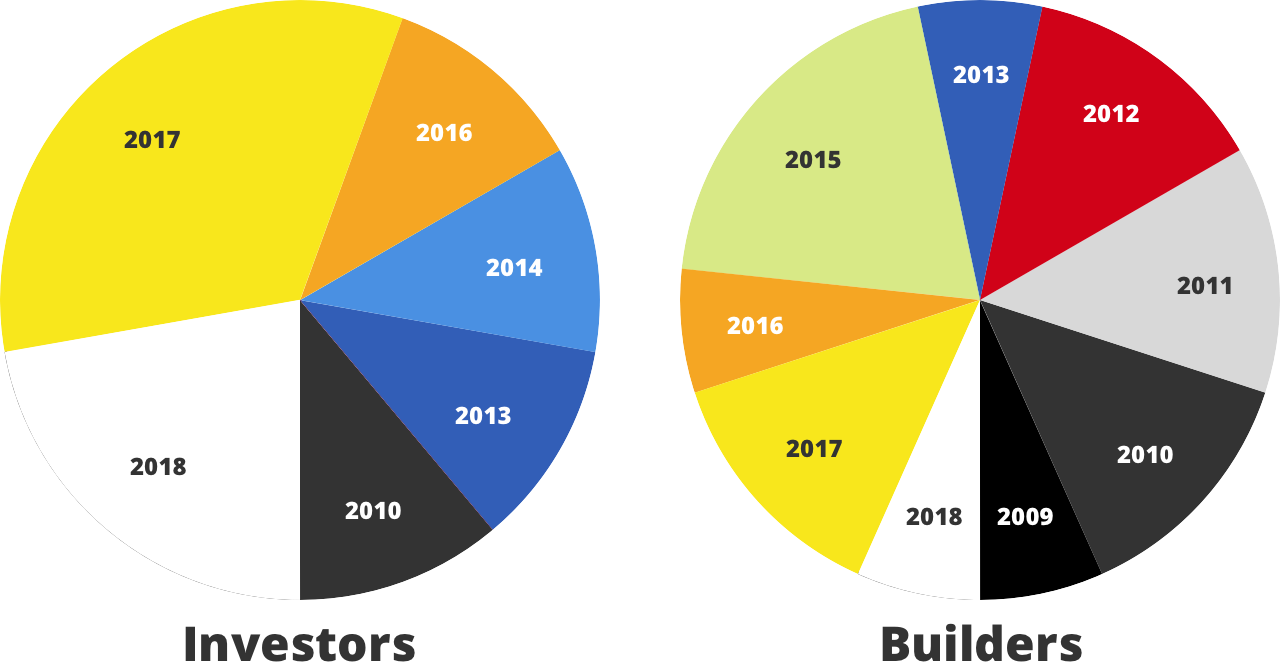 How integrated are blockchain transplants into Puerto Rico? Not very. From the builder responses we know that almost all the transplants working on blockchain ventures have been in PR for less than 6 months and all the ones surveyed are renting their homes. The builders are not laying down their roots, yet. From the blockchain investors’ responses we know that about half have been in PR more than a year and most of the investors own their houses. Learning Spanish has not, yet, become a high priority for them. One likely reason is because the Puerto Ricans of professions that they hire speak English. 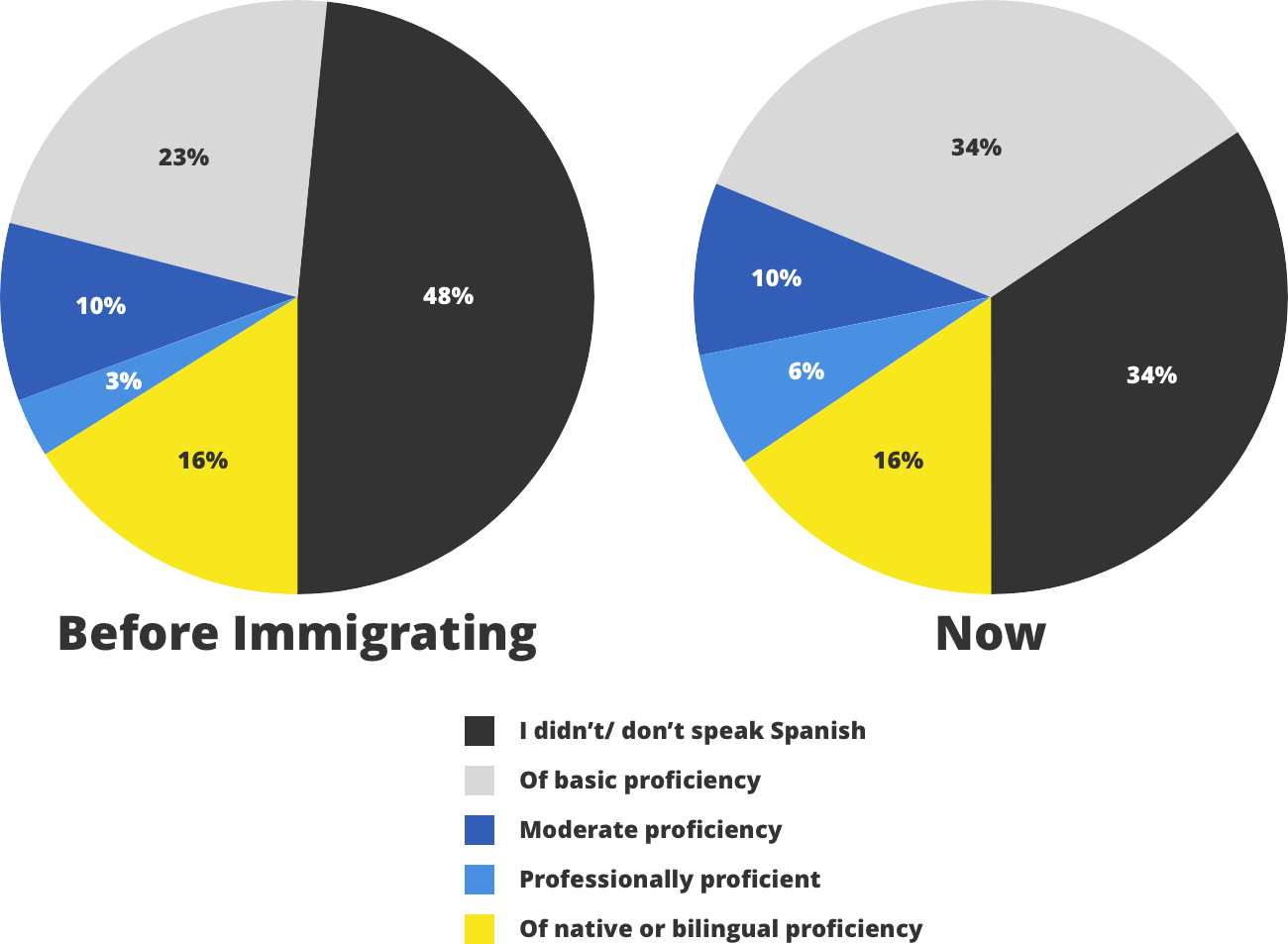 What else do we know about the blockchain investors? Based on the responses of the investors (who are not personally working on a blockchain venture), they work an average of 28 hours per week, about half work with 10 or fewer teammates in their companies, about half work in companies fewer than 5 years old, and a good percentage of them are “funemployed” (20%).

How is Puerto Rico benefiting? From the survey responses of the builders, we know that some hire locals (who are technical) to join their team, most hire freelancers/ assistants (most of whom are given part-time hours), and some routinely hire locals to maintain their homes. The responses of the investors show that they are most likely hiring locals to maintain their homes, but a bit less likely, compared to the blockchain builders, to hire freelancers or virtual assistants or hire locals to join their companies’ teams. Read their text responses to see what they think they are doing for Puerto Ricans.


What are the actionable takeaways you see from this data? Discuss below.